Ever since the introduction of the Icon Series, several viral dances have arrived in Fortnite as Emotes. From Blinding Lights to Gangnam Style, loopers can now enjoy a ton of hit songs.

However, all Icon Series emotes are crossovers and naturally lack authneticity. The moves are copied from viral Tik-Tok videos that already have millions of views.

In a recent post on Reddit, the community expressed its disappointment towards the abundance of Icon Series emotes in the Item Shop.

The Item Shop in Fortnite resets daily. It is no surprise that new cosmetics cannot be added on a day-to-day basis, which is why Epic Games often brings back items from the past.

The Item Shop’s daily reset is unpredictable, to say the least. Some items and skins have appeared on countless occasions, while others haven’t returned in ages.

The most prominent part of the Daily section in the Item Shop are the Icon Series emotes. Just to name a few, these include Go Mufasa, Jabba Switchway, Marsh Walk, Out West, and Poki. 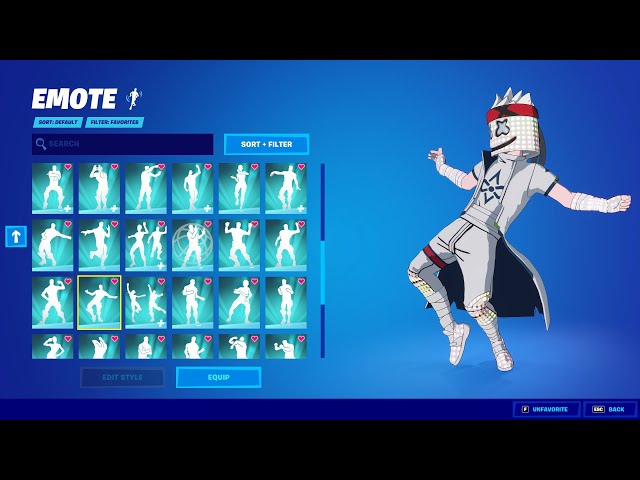 Apparently, the community is now tired of seeing the Icon Series emotes in the Item Shop. It seems like these emotes have the highest sales numbers, and Epic Games doesn’t have any incentive to come up with new ‘non-Icon Series’ dances.

This certainly doesn’t mean that the existing Icon Series emotes are ‘bad’. They are simply overused, and the player-base now expects some fresh options.

Is Fortnite focusing too much on collaborations?

It is evident that crossovers in Fortnite are now more frequent than ever. From Uncharted and Star Wars to Marvel and DC, almost every noticeable video game/TV Series/movie franchise has been introduced in Epic Games’ Battle Royale game.

The problem with crossovers is that they’re appealing to a limited number of players. For instance, someone who isn’t a Marvel fan must have despised Chapter 2 Season 4 as it was all about Iron Man, Galactus, Wolverine, and other Marvel characters.

fortnite is ready to devour some more collaborations

Another glaring issue is the lack of original skins. Back in the day, crossovers and authentic skins were almost equal in number. Now, even the Battle Pass and the Crew pack can have collaboration items.

With Chapter 3 Season 1, the developers might have to focus more on introducing authentic skins and characters. There are a plethora of underrated dances from the past which can be brought back in the Item Shop instead of Icon Series emotes.